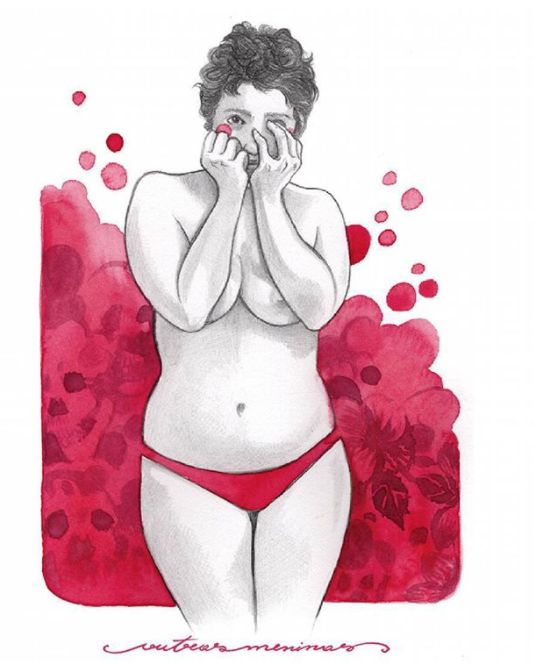 “My wish for you is that you continue. You continue to be who you are, to astonish a mean world with your acts of kindness”

When Jane Doe, a sixteen-year-old, looked at herself in the full-length mirror she saw everything that she didn’t like about herself; the too broad shoulders, the way her hips widened quite a lot and the stretch marks on her thighs. She remembered the times when she scampered around in her shorts, a wee little girl with hairy legs. At eight years of age, she hadn’t yet realized that her body ‘belonged’ to society.

At the age of thirteen, Jane lay awake at night, her hands on her growling stomach as she enjoyed the feeling of hip bones growing more prominent. She didn’t understand why her friends were suddenly all worried, how could she be too thin when she was still too fat? She stood in front of the mirror, prodding and poking.

At the age of fifteen, Jane Doe read about gravity, she read about how her weight was just the force with which Earth was holding on to her. She read about feminism, how everyone deserved to live in their body without the prejudice of others. She read poems of poets who praised her beauty endlessly. She read about how infinite the universe was, how everything that she thought wasn’t good enough about her was insignificant in the grand scheme of the universe. She read about the world around her and realized how society drowns people in a sea of narcissistic self-loathing. It was saddening to think that the thing that unifies humans was that at some point we have looked at our bodies and felt the whole sum of our worth amount to how much our thighs touch in the middle.

At sixteen, Jane realized that her body had endured sixteen years of punishing self-hatred. Walking down the streets, she counted her worth by the glances she got. How she’d been sucked into the machinations of the society, measuring her worth by some numbers on a scale.

She looked at herself in the mirror and saw everything that she didn’t love, but she also saw everything that was uniquely her. She could now admire someone else’s beauty without questioning her own; she could see other girls as her comrades and not competition.

65 thoughts on “A Cup of PositiviTEA”