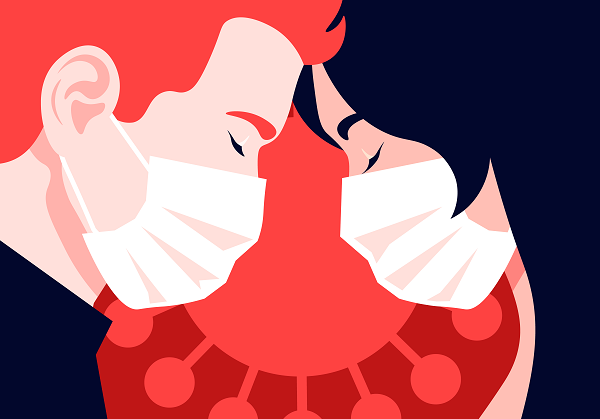 Whenever I wrote something it came from a place of sadness, anger and despair. My words were etched with this burning need to do something about the injustice I could see everywhere. I stopped writing, it was exhausting to pour your heart and soul into a necklace of words strung together only to be greeted with a deafening silence from the other side. Every time I wrote something, it was just a shout into the void. My bitterness crawled inside of me, curled up on my chest, making every word I spoke heavy with resentment.

I thought I would never write words dripping with emotions. And yet, here I am. It rained today, heavily. And then the sun shined. I remember stopping to take pictures of the rainbow, if humans were not happy, at least nature was. And then I looked around and I saw everyone taking pictures, I saw cars stopping in the middle of the road to take pictures. And no one said anything. No one screamed, no one honked. It was quiet. All of us, despite our differences, stopped to take a picture of a meteorological phenomenon that is caused by reflection, refraction and dispersion of light in water droplets resulting in a spectrum of light appearing in the sky. But it was more than that for us. How does a meteorological phenomenon make us happy in a world that is slowly collapsing?

Humans are confusing. We wrap our fragile bodies around one another to keep each other warm. We hold a warm cup of coffee in our hands and somehow, our hearts feel warm as well. We feel empathetic, we rage, we get angry when we see injustice, even if it does not impact us at all. We spend our lives trying to figure out the world around us, we stare up at the stars and think about our higher purpose. In the past year, I watched our country, our world take a turn for the worse.

But I also watched as from the ruins of our humanity with a loud, deafening roar emerged activism. So many protests. There is something incredibly cathartic about watching these protests unfold. The anger, the riots. I feel a misplaced hope rise inside me as I watch people stand up for what is right, stand up for each other, stand up for equity, not just equality.

Even though watching people stop in their tracks to gaze at the rainbow filled me with hope, activism and anger warms my heavy heart more than I expected.